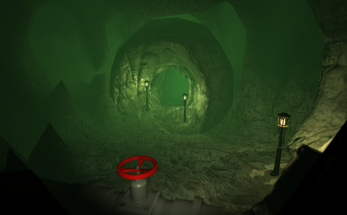 The Dead Mines is a 2018 freeware Adventure Game for PC, made in Unity and published on itch.io

Toxic fumes are poisoning the people who live above an old Abandoned Mine, and the player is sent into the depths to try and solve the problem.