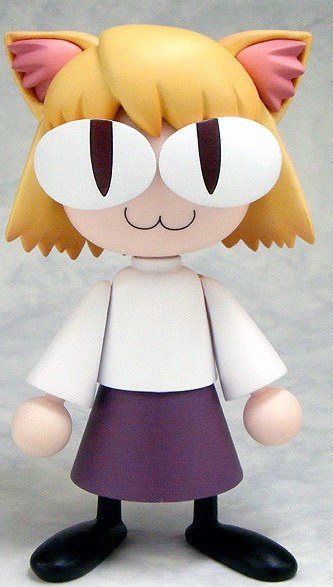 Nendoroids are series of chibi figures released back in 2006 by GoodSmile starting with Nendoroid Neko Ark from Tsukihime (with the numbers "000" and "001"). Like Figma, they are of various characters, usually from anime and games, though they also are of characters from movies and books. Like their taller counterparts, nendoroids are poseable with exchangeable faces, body parts, and etc. The series also spans into other products like plushies, smaller figures called Nendoroid Petite, play-sets called Nendoroid More, and video games based on the designs.