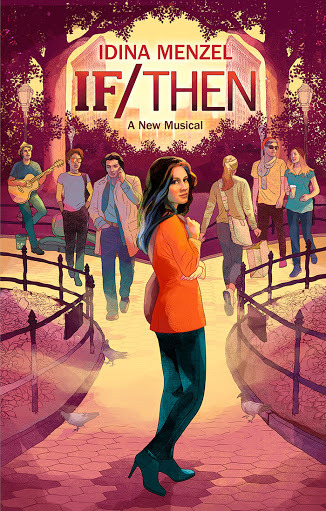 A 2014 Broadway musical by Tom Kitt & Brian Yorkey of Next to Normal fame, starring Idina Menzel. "If/Then" is a look at the life of Elizabeth, who has recently moved back to New York following her divorce to start a new life. At the beginning of the show, Elizabeth is given a seemingly minor choice of which friend to go with; that choice ends up dramatically changing the course of her life. The musical follows two timelines: one where Elizabeth is "Liz" and focuses on romance and family, while in another she is "Beth" and focuses on her career.