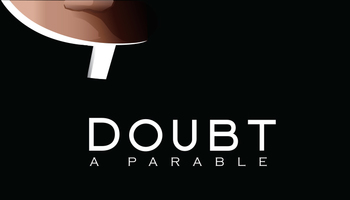 Father Flynn: "You haven't the slightest proof of anything!"
Sister Aloysius: "But I have my certainty!"
Father Flynn: "Even if you feel certainty, it is an emotion, not a fact."
Advertisement:

In 1964, a Roman Catholic school in the Bronx welcomes a new priest, Father Flynn, into its circle. Fr. Flynn wants a "friendly, open" atmosphere in the church and school. One woman not embracing Flynn's views is a strict nun, Sister Aloysius. One day, a younger nun, Sister James, tells Aloysius of Flynn's relationship with the school's first black student, Donald Muller. Suspecting that the relationship is far from innocent, Sister Aloysius vows to go against the system itself to expose Father Flynn for what she thinks he is.