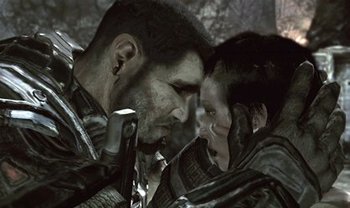 For all of the general over-the-top nature of the franchise, this series is not without its sad moments. After all, its name is Gears of War.