Ship Tease / The Legend of Korra 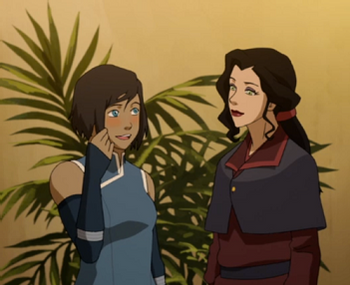 Just in case you were oblivious to all the ship teasing between them since the start of Season 3...
Examples of Ship Tease for The Legend of Korra.

Venom of the Red Lotus

After All These Years

Day Of The Colossus