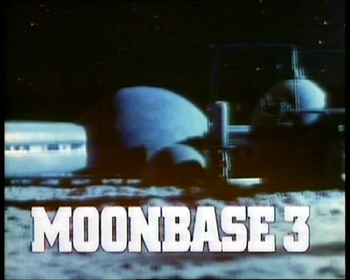 Set onboard the titular lunar outpost in the year 2003, the series starred Donald Houston as base director David Caulder, who is appointed to the position after the previous director is killed while returning to Earth. Co-starring are Ralph Bates as Deputy Director Michel Lebrun, Fiona Gaunt as base psychiatrist Dr. Helen Smith, and Barry Lowe as base technical section head Tom Hill.

The show was notable in part for its combination of strong, character-based writing and realistic spaceflight procedures.