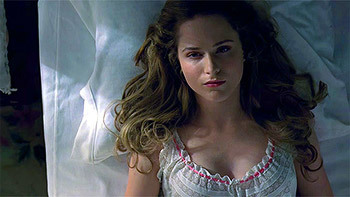 Teddy and Dolores, two romantically linked android hosts of theme park Westworld, are attacked by the Man in Black, a mysterious park guest. When the hosts begin behaving strangely, head programmer Bernard Lowe traces the problem to errors in park founder Dr. Ford's reverie code and requests the affected hosts be removed from service. Theresa Cullen, the park administrator, orders an attack on the town to be brought forward to help cover for the removal of all the affected hosts. Dolores' father Peter finds a photograph that a newcomer left behind and malfunctions. When Dr. Ford interrogates him, Peter quotes Shakespeare and vows revenge upon his creator. Peter is retired from service. Dolores is interrogated and found to be functioning normally. She is wiped and relives her day with a new father, but unknown to management breaks her programming to casually kill a fly.