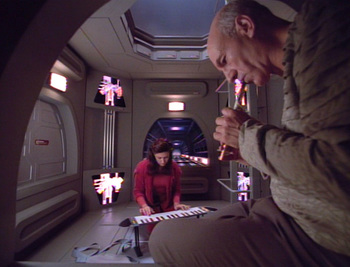 "The Inner Light" - An epilogue.
Captain Picard finds himself bonding with an astrophysicist under his command, Lt.Commander Nella Daren, over their shared love of music.