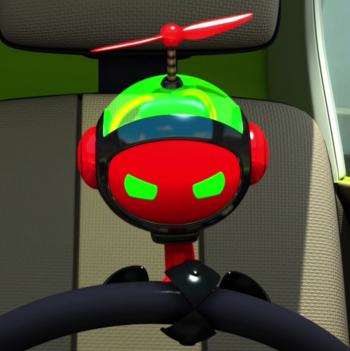 Ladybug and Cat Noir have to stop an akumatized robot.