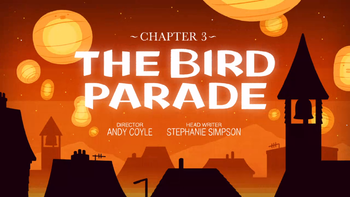 Encouraged by her mother to make new friends on the playground, Hilda buddies up to an injured bird who's lost his memory