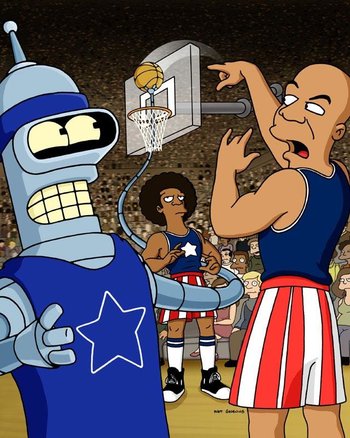 "Have none you pathetic Earthlings game?"
Advertisement:

To play basketballs against the Harlem Globetrotters (Now a planet of its own), Professor Farnsworth uses chronotons to grow a team of mutant supermen. However, this starts to cause 'time-jumps' that threaten to destroy the universe. Meanwhile, Fry tries to win Leela's heart and just might succeed for once, provided the time-jumps don't screw everything up.