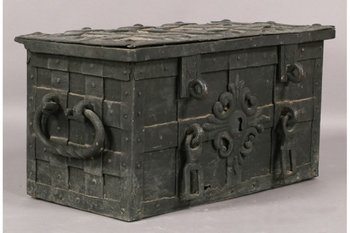 You don't still believe in all this stuff, do you?

A college dropout, Addison Gilmore works at an old bookstore in her home town, living with her parents, and generally feeling at a dead-end. Then she finds a box filled with old journals, seemingly written by some kind of agents or operatives, dealing with impossible things such as a child-demon with control of flies, or a child's toy which beats the hell out of a grown man, or vampires in a quiet American town. The journals are clearly hugely varying in age: some are written in literal hieroglyphics, some seemingly brand-new, and all by dozens of authors over a period of, at least, decades.

So, being a frustrated journalism student, she of course decides to launch a podcast where she explores this (she assumes) collaborative fiction project. She quickly finds that more than a few of the stories have incidental support in the real world which, presumably, served as inspiration for the author's story. Further complicating things, she periodically comes across people who assure her that the stories are real: that they either happened to a friend of theirs, or they lived through it themselves.

Things... escalate from there.

The Box is about belief, and the interactions it has with reality.

The Box abruptly stopped updating as of about July 14th, 2017, after the posting of episode 31. The website's domain name lapsed and Addison's Twitter has stayed quiet ever since. However, the podcast started re-posting episodes in October, 2018.

Addison: If they were sensitives, why would they need weapons?