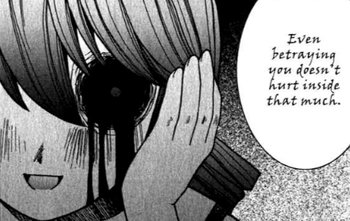 Don't stare at her for too long...

Elfen Lied is a horror series first and foremost, and even though the amount of blood in it can get silly at times, the series is undeniably nightmarish.