This page lists the characters of Elfen Lied and their associated tropes.

open/close all folders
Diclonii in General

A race of pink-haired superhumans with horns, who have the ability to extend telekinetic vectors. Because of their powers, they are feared by all humans.

The main character of the series. 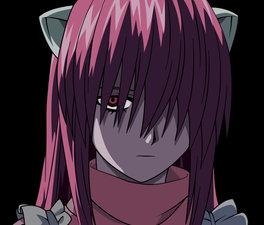 Lucy has 4 vectors in the anime and around 12-15 (though one panel near the end shows her with 28) in the manga with a limited range of two meters. However, she demonstrates prodigious control over her vectors and can be swift and lethal within that range in addition to being able to use nearby objects as high velocity projectiles to kill at greater distances. She is also capable of stopping or deflecting most standard ammunition. Her great skill and murderous intent have caused her to be regarded as the most dangerous of the Diclonius.

Lucy hates humans mainly because of how she was treated by her human peers as a child. Consequently, she discounts non-Diclonii, claiming they are not real people, to the point of stating that she has "not killed anyone yet". She seems to lack empathy, kills without much concern, and acts sadistically. Despite this lack of concern for human life she will not harm Kouta, as he was her only childhood friend. 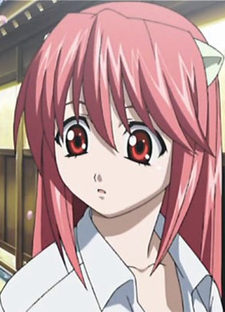 Not a separate character in the strictly technical sense, Nyu is the split personality of Lucy that developed after a .50 BMG round grazed the metallic helmet protecting her head. Nyu has a childlike personality, an infantile knowledge of the world, and lacks spoken language skills, only able to say "Nyu" and "Kouta" most of the time. Nyu is innocent and incapable of violent acts, a foil to the normally cold and sadistic Lucy; she is the manifestation of Lucy's "good side".

When Nyu is attacked violently, she regresses into Lucy; likewise, when Lucy is treated with love and kindness or wants to hide herself from Kouta, she will switch back into Nyu. While Nyu exists first due to trauma, it is believed that Lucy subconsciously encourages her presence due to her feelings of guilt towards Kouta. 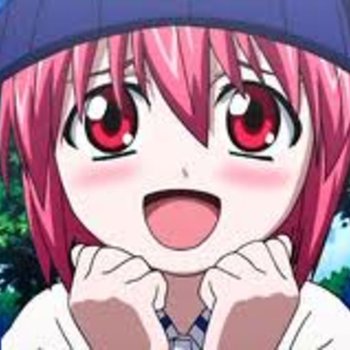 Kaede is the original personality of Lucy and Nyu. She was once a gentle soul who never knew her parents but had some hopes for the world. That changed when some kids at her orphanage decided to bully her... 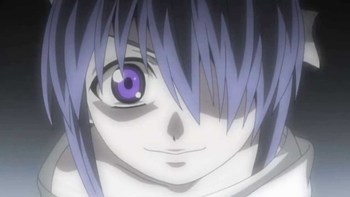 ”You should know by now, that it is my destiny to take human life.”
A fourth, hidden personality within the protagonist, she is the one who drives Lucy to murder. She is the reason that Diclonii are driven to kill humans, and she has the ultimate goal of replacing humanity with her species.
Kouta
Voiced by: Chihiro Suzuki and Hitomi Nabatame (young) (JP), Adam Conlon (series), Blake Shepard (OVA), Christine Auten (young) (EN), Bruno Coronel and Isabel Martiñón (young) (Latin American Spanish)

An 18-year-old student who arrives in the Kanagawa Prefecture to attend college. He is the male lead and Deuteragonist of the series. Kouta lives in a closed-down inn with his cousin, Yuka, while attending university.

Kouta has repressed traumatic memories of witnessing, firsthand, the deaths of his father and sister. He ended up in a psychiatric ward for over a year following the event, but eventually made a full recovery. As a result, he is particularly sympathetic towards girls in trouble and is extremely generous to and protective of the girls around him. He is very kind and gentle as well, offering to shelter the various suffering characters he and Yuka stumble across, and treating them as part of his family. He and Yuka both initially meet Lucy as she washes up on the shore of a nearby beach.

Kouta's cousin, who is around 19 years old and planning to attend the same university as Kouta. She moves in with him at the inn after having not seen him in many years. Having had a crush on Kouta since childhood, she still harbors strong feelings for him, and is openly jealous of Kouta's attention to Nyu, to the point of being irrational.

Despite her brash tendencies, Yuka is genuinely as kind and caring as Kouta. Though she is hesitant and reserved, she is accepting of Kouta's decision to use their inn to shelter those in need.

A 14-year-old girl, neglected by her mother and a victim of sexual abuse by her stepfather. She eventually runs away and is homeless at the start of the series, living on the beach and subsisting on bread crusts from a local bakery under the pretense that they are for the small puppy, Wanta, that accompanies her. She ends up living with Kouta and Yuka as her legal guardians, and later befriends Nana and tries to take her under her wing. 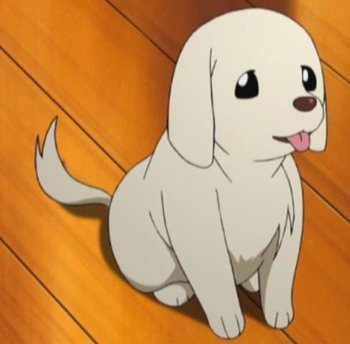 A puppy that Mayu found when she was helpless. He is a lost dog belonging to a woman who named him "James", but he runs away from her to stay with Mayu and lives together with the Maple House citizens.

Also known as Number 7, she is a young Silpelit (Diclonius born from a human) girl who has the physical appearance of being 14 years old. Most Diclonius babies are euthanized at birth, but Nana was one of a handful kept alive for use as a test subject. Nana was a stand-out subject among the Diclonius for being able to effortlessly repress her murderous instincts. Accordingly, she has never used her vectors to harm humans (or anything for that matter). Chief Kurama sees her as his daughter and cares very much for her. 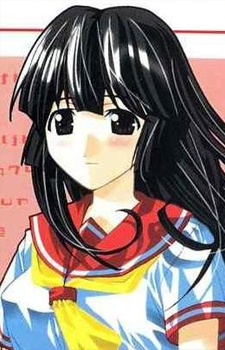 A 18 year old girl who's Yuka's best friend and kohai, she aspires to become a famous opera singer.

Due to her father's rather... violent opposition of her dream, Nozomi developed a psychological trauma that makes her wet herself whenever she becomes too nervous. Despite this, she tries to get into a music high school, secretly training at the Maple Inn, which Yuka invited her to, during her free time and moving there permanently after getting accepted.

A baby bird that falls out of its nest, and is found and taken care of by Nyu.

The director of the Diclonius research facility. He is a repulsive, power-hungry man lacking any sense of morality and will do whatever it takes to achieve his goals.

The chief of research of the Diclonius children in the research containment facility. 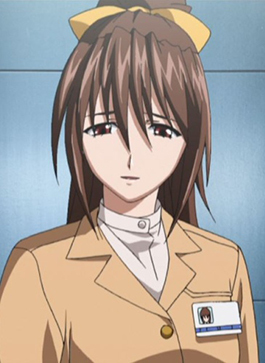 Kurama's young, clumsy secretary who has worked for him for at least five years and admires him. She's killed by Lucy early in the series, just to mess with Kurama. 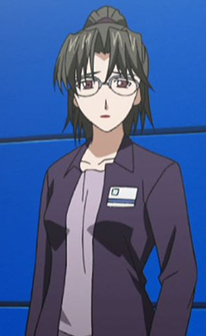 Kurama's new secretary, who is secretly in love with him. 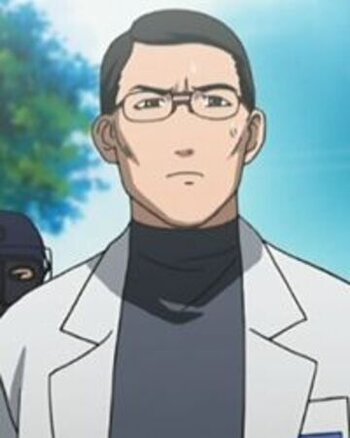 Son of Director Kakuzawa and a collegue of Kurama. He has the same goal as his father.

A researcher working alongside Professor Kakuzawa to find a vaccine for the Diclonius virus.

In the anime, she's basically only there for comic relief, but in the manga, she plays an extremely important role as the story progresses on.

A young researcher who is Mariko's foster mother and communicates with her per speaker and monitors. She claims to love Mariko like she's her real child, but Saito is brutally murdered by her, though she manages to blow one of Mariko's arms off. 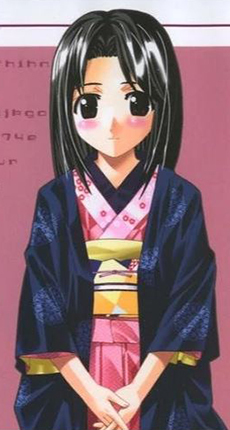 The daughter of Director Kakuzawa, who is turned into a "goddess" with precognition powers.
The Unknown Man 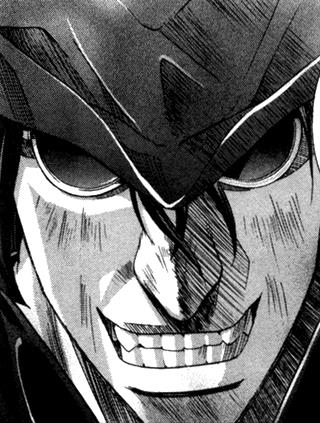 A minor manga-only character, a man clad in a black trenchcoat and wide-brimmed hat, with opaque sunglasses and greasy-looking hair. At first appears relatively civil, he soon reveals his true colors as one of most horrifically evil bastards, if not the most evil, in the entire series. A brutal, heartless, Hidan-level sadist, rapist, and all-around not very nice man, he delights in causing pain and suffering, especially in Diclonius and/or teenage girls. 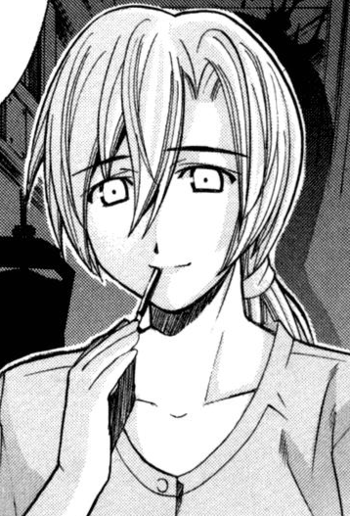 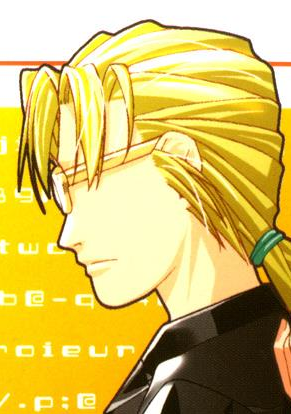 An ambiguously looking operative that goes alongside Nousou at the assault of Maple Inn. Is the one that knocks Lucy out and brings her back to the facility.

Also known as Number 35, she is a young Silpelit girl. She is regarded as the most powerful of the Silpelits, possessing 36 vectors with an approximate range of 11 meters each in the anime (the number and range is much higher in the manga).

After her mother's Death by Childbirth, Mariko was imprisoned as an infant. Her physical impairment is seen in her atrophied limbs as she moves around in a wheelchair. Despite the environment she was raised in, she is relatively well developed psychologically (for a given degree of "psychologically"), unlike Nana. She is extremely homicidal and sadistic, and enjoys torturing and dismembering her victims. However, her personality is not blatantly evil: she is only having fun, and the pleasure she gets from it is equivalent to a child playing with toys, not really noticing the differences. 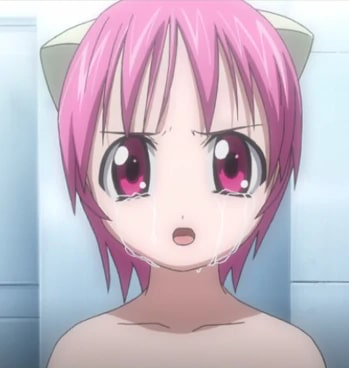 A minor character present in Dr. Kurama's backstory. She is mainly known for allowing Kurama to figure out how Diclonii are born.

Number 28
A relatively minor manga-only character, 28 is mainly known for the nauseatingly horrific fate she suffers at the hands of the Unknown Man.
Alicia, Barbara, Cynthia & Diana

The four are the only successful clones of Mariko, created by Doctor Nousou, but they are physically older than their original. Each of them have a mind-control device inside their forehead that prevents them from going amok and makes them peaceful. Nousou has perfect control over them and they listen only to him, but sometimes they do not if they try to save his life. The clones are used to capture Lucy.

A collection of over 1,100 Diclonius clones of Mariko created by Nousou, at the Diclonius Research Institute. Unlike their four "sisters", Alicia, Barbara, Cynthia and Diana, they are physically deformed and are mainly created for the purpose of having their organs extracted. 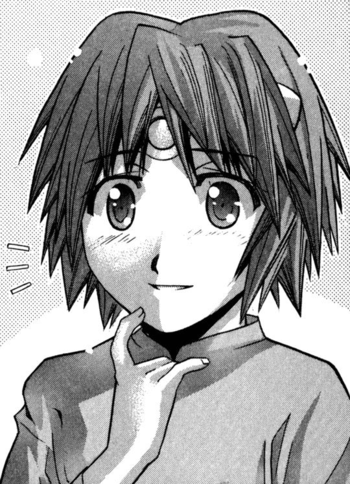 The only male Diclonius and the second one who is not a Silpelit. He's the son of Director Kakuzawa and Lucy's mother, being Lucy's half-brother, who is specially born for impregnating her. He also has a mind-control device in his forehead and is controlled by his father. 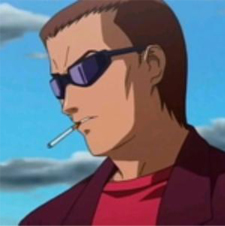 An operative for the National Police Agency's Special Assault Team. Although he is technically human, he is as homicidal and apathetic to other people as the worst Diclonius are. He is incredibly skilled in combat and widely-regarded as a lethal and bloodthirsty soldier.
Kanae
Voiced by: Maria Yamamoto (JP), Monica Rial (EN), Zoe Mora (Latin American Spanish)

Kouta's little sister who died before the series starts. She was actually brutally slaughtered by a jealous Lucy, and along with his father, serves as the trigger for Kouta's Trauma-Induced Amnesia.

The ringleader of the children who tormented Lucy as a child. Tomoo relished in the pain she felt. After he died, he haunted her visions as a spectre to get his Revenge for what Kaede did to him.

A young girl that lived in the orphanage with Lucy. She told the bullies about Lucy's puppy, resulting in them beating it to death and beginning Lucy's Start of Darkness. 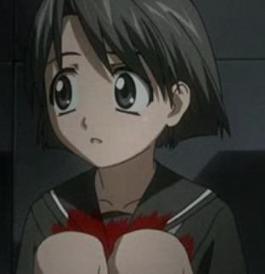 Mayu's mother remarried when Mayu was around twelve or thirteen years old, and the stepfather sexually abused Mayu. 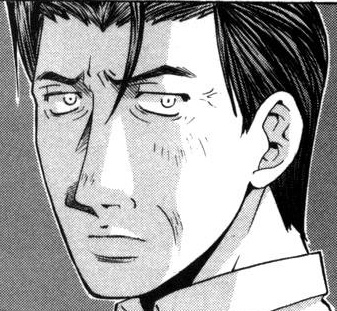 A man who violently opposes his daughter Nozomi's dream of becoming an opera singer like her deceased mother. 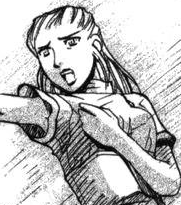 Nozomi's deceased mother. She was an opera singer. 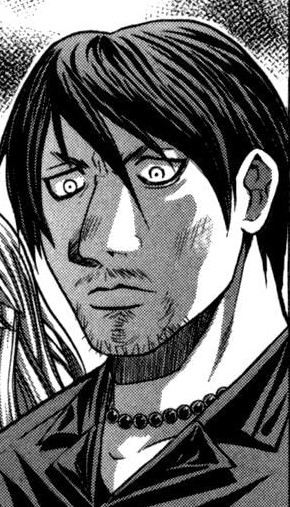