Music / Nighthawks at the Diner 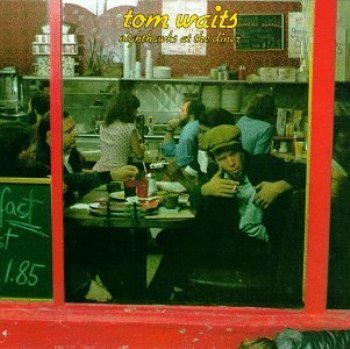 An inebriated good evening to you all!
Advertisement:

Nighthawks at the Diner is Tom Waits' first Live Album, released in 1975. It was recorded at Record Plant in Los Angeles in front of a small audience who got an invitation to the event. Contrary to most live albums Waits didn't play songs from the previous two studio albums he had released at that point note  Closing Time (1973) and The Heart of Saturday Night (1974) but performed all new material. Another unusual trait was the fact that this was a Distinct Double Album.

Nighthawks at the Diner has been praised for the wonderful jazz nightclub atmosphere and Waits' amusing delivery and jokes he tells during his performance.