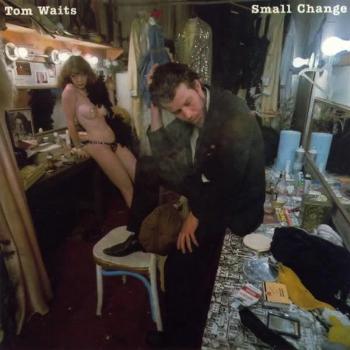 And it's a battered old suitcase to a hotel someplace, and a wound that will never heal.
Advertisement:

Small Change is a 1976 album by Tom Waits, best known for the audience favorites "Tom Traubert's Blues", "Step Right Up", "The Piano Has Been Drinking (Not Me)", "Invitation to the Blues", "Pasties And A G-String" and the title track. Waits' third album was an important turning point in his career, as he became more confident as an artist. Here we can seem him gradually change into the comically Guttural Growler he is most famous for today.

Tropes And A G-String