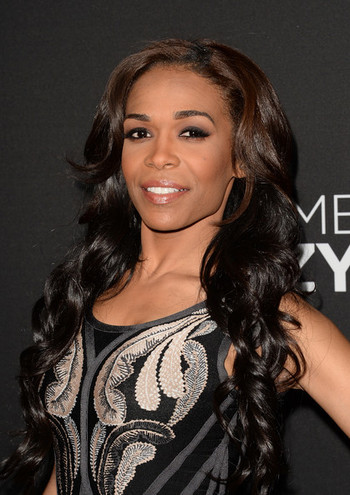 Tenitra Michelle Williams (born July 23, 1979) is an American singer, actress, and television personality. She is known part of the R&B/Pop trio Destiny's Child, having joined in 2000 after a highly publicized and tumultuous group lineup change. After the group went on hiatus, Williams would start her own solo career in Gospel Music with her first solo album Heart to Yours (though her third album Unexpected was a Genre Shift to dance music). She has appeared in several reality tv show singing competitions, on Broadway and made her acting debut in Half & Half in a recurring guest spot.

She has also made public her struggles with depression, and is an activist to bring awareness to the mental illness.

Definitely not to be confused with the actress.