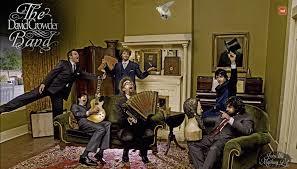 The David Crowder* (Asterisk optional) Band were a Christian worship band formed in 1996 in Waco, Texas, and disbanded in 2012. The band members were:

During their tenure, the band released eight full-length albums:

Tropes that apply to the David Crowder Band include: