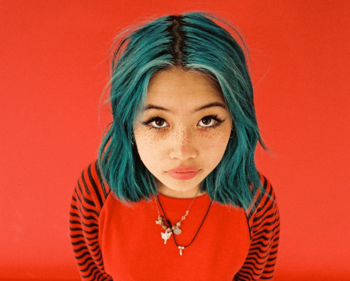 beabadoobee (Bea Laus) is a British rock musician and solo artist. She originally gained a following via her Instagram after putting out a few low-fi Bedroom Pop songs, but she quickly switched to a grungy Space Rock sound after picking up a backing band. She came to wider attention after one of her songs went viral on TikTok and signed to the British label Dirty Hit. After releasing four EPs, her first full-length, Fake It Flowers, was released in October 2020.