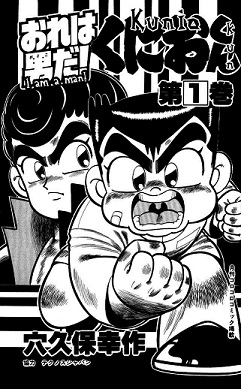 Ore wa Otoko da! Kunio-kun ("I am a man! Kunio kun!) is a gag manga based on the River City Ransom / Kunio-kun series. The manga, written and drawn by Kousaku Anakubo, was serialized in CoroCoro Comic from 1991 to 1996 and compiled into 11 volumes. This manga was awarded the Shogakukan Manga Award for Children's Manga in 1995.

The manga deals with the life of Kunio, a lazy, but strong delinquent who has been challenged several times by other delinquents in crazy and nonsensical ways.