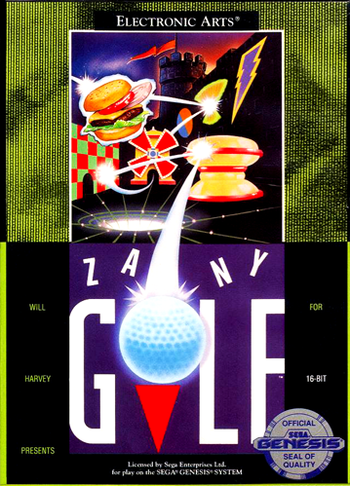 What begins as a typical mini-golf course (with the obligatory windmill obstacle) becomes an increasingly Bizarre and Improbable Golf Game (with one hole that can even wander around the floor.)

This was the first cross-platform hit to originate on the Apple IIGS. Another, also by Will Harvey, was The Immortal (1990).