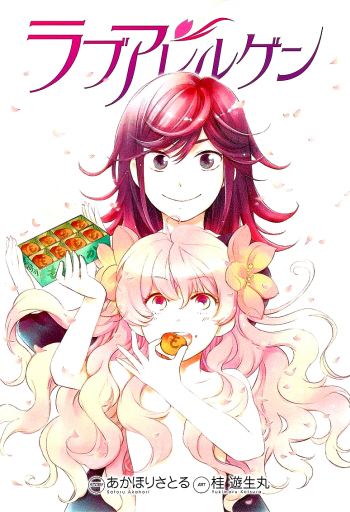 What IS love? The President wants to know, and Honomi is more than willing to find out for her.

One thousand years ago, a child was born from an unusual cherry tree in the mountain town of Tokitami. While having the form of a human, the girl lacked one important thing: a heart. Without a heart, she could never understand love, and as a result her short life eventually came to a tragic end.

In the modern age, in the same town, another child is about to be born from the same unusual cherry tree. However, the spirit of the cherry tree wants to avoid the same mistake that happened before. Before the child is born, she wants to have it learn love... But what does she know about love? She's a tree spirit! However...

She could have someone else teach her what love is.

For this task she "volunteers" an unlikely pair for the task: Yamano Tasuku, a boy who hates love, and Morioka Honomi, a girl who is literally allergic to love. Will these two be able to teach the tree spirit love, and avert the tragedy from happening again?

Another story from Satoru Akahori, the creative mind behind Kashimashi: Girl Meets Girl, Sorcerer Hunters, and Saber Marionette J (among other series), and drawn by Yukimaru Katsura (who also drew the Kashimashi manga), Love Allergen is a romantic comedy that follows the two kids as they figure out the answer to that all-important question: what truly is love?

The series is considered complete, with 30 chapters published.