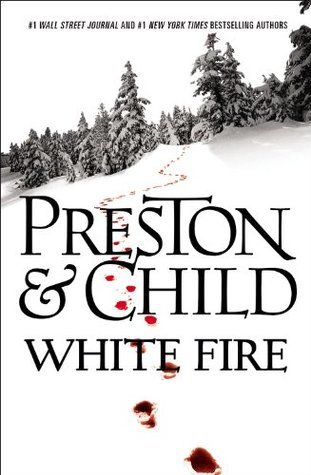 White Fire is a novel by Douglas Preston and Lincoln Child first published in 2013. It is the thirteenth novel in their informal Agent Pendergast series.

Nearly a year after the events of Two Graves, Corrie Swanson discovers a tantalizing subject for her college thesis. In the ski resort of Roaring Fork, Colorado, a historic cemetery is being relocated for land development. Among the remains are the skeletons of eleven miners, killed by a bear almost 150 years ago. Corrie goes to the resort to investigate, and finds that there's more to the miners' story than meets the eye. However, her attempt to investigate further lands her jail.

Enter Agent Pendergast, returning from his vacation. He arrives to spring Corrie out of jail...right when an arsonist burns down a mansion with the family still inside.

Putting himself on the case, Pendergast finds that the mysteries of the arsonist, the miners, and the resort itself may be illuminated by a curious clue: A lost story of the famous fictional detective, Sherlock Holmes...