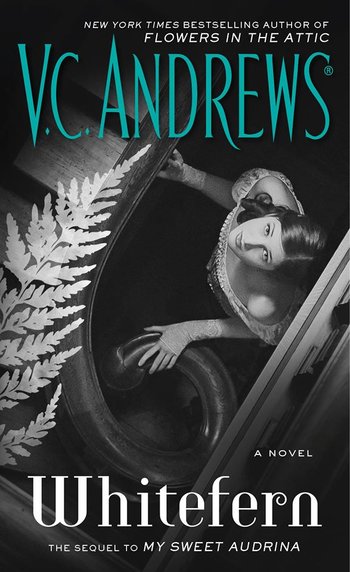 Whitefern is the 2016 ghostwritten sequel to V. C. Andrews' My Sweet Audrina. Mostly speculated to be a tie-in for the Lifetime Original Movie of the book, as to be expected after the release of the Christopher's Diary Series, the book's sudden appearance thirty-four years after the original novel caused some major fandom issues for various reasons.

The book follows Audrina Lowe (née Adare), now a grown, married woman. Upon the death of Audrina's once-domineering father Damien, Audrina's husband Arden is determined to become the new master of Whitefern, even if it means preying upon his wife's former mental illness to bend her to his will. But Audrina's eternally childlike sister Sylvia has begun to insist that Damien's ghost has returned to watch over the remaining Whitefern girls...and that a new, very special baby is coming. Uncertain if she is going mad once more or if she is the Only Sane Man, Audrina knows only that she has promised to protect Sylvia at all costs.