Literature / When I Was Five I Killed Myself 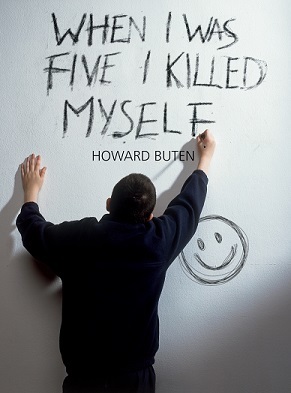 When I Was Five, I Killed Myself (Burt or Quand j'avais cinq ans, je m'ai tué in its French publications) is a 1981 novel by Howard Buten with an unusual publication history: an English-language novel written by an American, it sank like a rock in its home country, while its French translation became a cult classic often called "the French Catcher in the Rye" (statistically, it's been read by one out of every ten French people who know how to read) and has never been out of print, resulting in two film adaptations and a stage play. Only in 2000 was the novel finally republished in America.

Eight-year-old Burt Rembrandt doesn't want to be a child anymore, but the world of adults doesn't seem such great shakes, either: full of fear, confusion, and incomprehensible rules that stand in the way of fun and human connection. Unable to either relate to his peers or to be taken seriously by the adults around him, Burt's world is turned upside down when he meets Jessica, a kindred spirit whose imagination, defiance, and worldview is a perfect match for his own. What begins as Puppy Love soon becomes more powerful than anything Burt can understand, and he realizes that he's in love...and he doesn't know what to do about it.

When I Was Five, I Killed Myself is Burt's story, written on the walls of the Quiet Room of the Children's Trust Residence Center where he has been sent after his relationship with Jessica ends in tragedy.