Nine out of Ten Doctors Agree 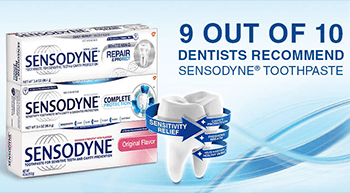 Stock phrase in commercials for non-prescription products with some purported health benefit — especially items which are not actually health care items, such as sugar-free gum.

Sometimes phrased as "Nine out of these ten doctors agree," showing you a group of men in white coats with stethoscopes. This is a clue to what's really going on.

Your brain hears "Nine out of Ten Doctors Agree", and reads it as "90% of doctors agree." But that's not necessarily what happened — the sample size and population can be anything the advertiser wants it to be, including literally having a panel of only ten doctors asked (and cherrypicking doctors until they get the result they want).

Alternatively, the claim may reflect reality, but what is being claimed isn't the same as what is being sold: listen carefully. Did nine out of ten dentists really say that their brand of toothpaste was best, or did nine out of ten dentists just agree that toothpaste in general is a good idea? Did they say they would recommend this brand over all other brands, or did they just say they would recommend it?

In fact, if you catch wise to the fact that what the nine of ten doctors are agreeing to is something much more generic than what is being sold, you might start to wonder: What's up with the one out of ten doctors who thinks smoking is cool? As a result, it has become fashionable for some commercials to poke fun at the trope, implying that the tenth doctor would have endorsed their product, were it not for some external force (he was reaching for the "agree" button when a venomous snake bit him, sending him into a convulsion before he could agree).

For the classic disassembly of these sort of statistics, may we recommend Darrell Huff's How to Lie with Statistics? The 1950s were a lot less naive than you might assume. Indeed, this is a subtrope of Lies, Damned Lies, and Statistics.

This trope has nothing to do with Doctor Dolittle, Doctor Octopus, Doctor Faustus, Doctor Horrible, Dr. Phil, Doctor Slump, Doctor Strange, Dr. Strangelove, Doctor Fate, Doctor Zhivago, Doctor Jekyll, Doctor Wily, Doctor Manhattan, Dr. Eggman, Doctor Steel, Witch Doctors of any denomination, or any of the Doctors from Doctor Who because it's Not That Kind of Doctor, though you probably could find something at least nine of them agreed on (with the common joke being "Nine out of ten Doctors agree — Four's scarf is too long").