Literature / The Thing on the Doorstep 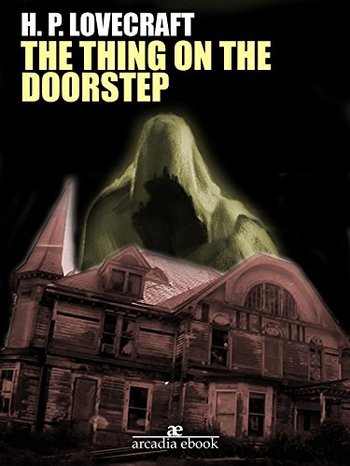 "The Thing on the Doorstep" is a story by H. P. Lovecraft, published in 1937. The story starts with our narrator, Daniel Upton, explaining to the police why he's just shot and killed his best friend, Edward Derby.

Upton recounts his lifelong friendship with Derby, which took a turn for the sour when Derby married a creepy young Innsmouth woman named Asenath Waite. Asenath's father Ephraim dabbled in forbidden sorcery, and it looked like Asenath was following in her dad's footsteps, performing mysterious occult experiments that caused Derby to become more and more unhinged...