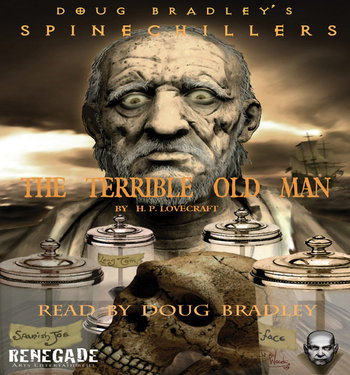 "The Terrible Old Man" is a short story written by H.P. Lovecraft in 1920, though it wasn't published until a year and a half later. The plot concerns a reclusive old man who lives by himself in the town of Kingsport. A strange, quiet fellow, the man has been the source of a great deal of rumors and speculation among the townsfolk, and is believed to be obscenely wealthy. One night, a trio of robbers hatch a plan to break into his home and make off with his fortune. Things don't go quite according to plan as it becomes apparent all is not right with the old man...

The town of Kingsport would go on to be recurring location throughout the works of Lovecraft, and the titular old man would reappear in "The Strange High House in the Mist".