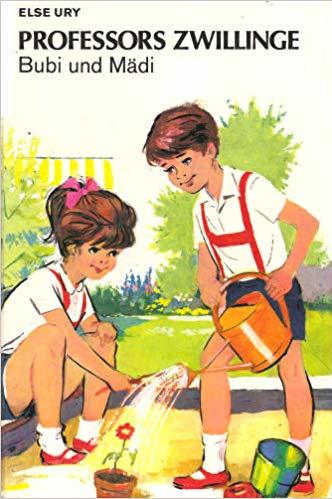 Professors Zwillinge (1925-1929) is a series of German children's books by Else Ury.The titular characters, Herbert and Suse (called Bubi and Mädi respectively in the first book) are the children of a professor at the local astronomical observatory. They're Polar Opposite Twins and the books describe their adventures as of age four to their teenage years.Interestingly, they remind one of the Pine twins.