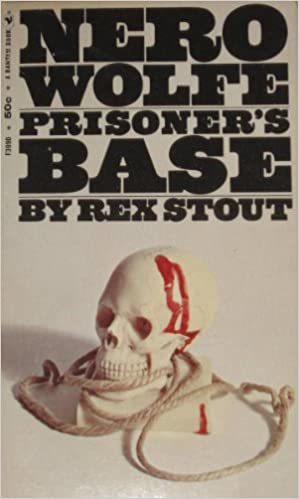 The fifteenth Nero Wolfe novel by Rex Stout, published in 1952.

During a period of tension between Nero Wolfe and Archie Goodwin over a destroyed paycheck, a young woman arrives at the brownstone with an unusual request; she simply wants to stay in the house as a guest for a single week, without her identity being revealed or her presence exposed to anyone. Inclined to troll Wolfe, Archie allows her to enter, but before Wolfe can have her removed an attorney named Perry Helmar also arrives to consult Wolfe on a potential case. Helmar wants Wolfe to find his ward, a young heiress named Priscilla Eads, who has gone missing the week before her twenty-fifth birthday — and who bears an uncanny resemblance to the woman Archie has allowed into Wolfe's south bedroom. Seeing an opportunity to earn some easy money, Wolfe fobs off Helmar and confronts Priscilla with a choice: either she can pay him the thousands that Helmar would pay him to find her to stay in his house, or she can leave the house and Wolfe give her twenty-four hours to disappear before hunting her on Helmar's behalf.

Unimpressed, Priscilla chooses to leave, but mere hours after Archie puts her into a taxicab, she is found dead in her apartment, strangled, soon after her personal maid has also been brutally murdered. Riddled with guilt over sending a woman to her death and outraged by Wolfe's lack of interest in getting involved, Archie decides to hunt down the murderer even if he has to do it himself. But when his investigation uncovers seething tensions among the board of the company Priscilla was to inherit, a grieving war widow, and a mysterious individual in South America identifying himself as Priscilla's ex-husband and claiming half of her fortune, it increasingly begins to look like Wolfe won't be as uninterested in the matter as he would like to be.

The novel was adapted as part of the television series A Nero Wolfe Mystery, starring Maury Chaykin as Wolfe and Timothy Hutton as Archie.