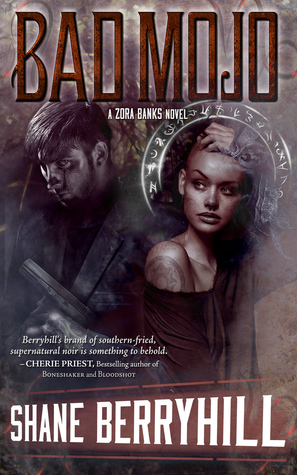 The Zora Banks series by Shane Berryhill is a set of dark adult Urban Fantasy books set in Chattanooga, TN.

They star the titular Zora Banks—a beautiful, Southern conjure woman of mixed race—as told through the eyes of her partner, Ash Owens, a pretty boy-redneck cursed with a monstrous alter ego. The pair of them attempt to navigate the complex web of supernatural crime, politics, and petty white-trash politics which their clients bring to their doorstep on a regular basis. The books are described by their author as a mixture of True Blood and Justified.

The first book, Bad Mojo was released in 2014. It is published by Ragnarok Publications.