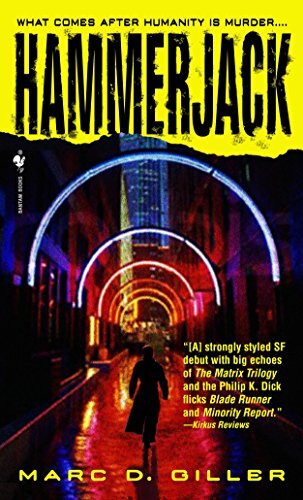 A cyberpunk novel by Marc D. Giller (his debut) published in 2005. In a near future ruled by corporations, Cray Alden is a former hammerjack—or hacker of the computer world known as the Axis—now forced to work as a corporate spook, hunting hammerjacks down. He gets swept up in a war between a corrupt government, and anti-tech terrorists, as a strange infection begins to change his mind and body.

Heavily derivative of William Gibson, with doses of The Matrix and Blade Runner. Reviewers have criticized it for being perhaps a bit too derivative, but it compensates with some smashing action scenes as well as presenting female characters that are better developed than the males (a rarity, for a male cyberpunk author).

Its sequel, Prodigal, was published in 2007.