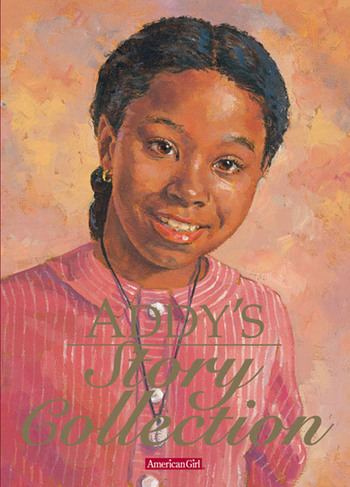 Released in 1993, Addy Walker was the fifth historical character of the American Girls Collection, representing the Civil War Era. First, a slave in North Carolina then escapes up north to Philadelphia. Her family is separated and has to reunite, and stories focus on issues faced by former slaves, such as catching up on the education they'd been denied and the fact that "free" black people weren't all that free, even in the North.