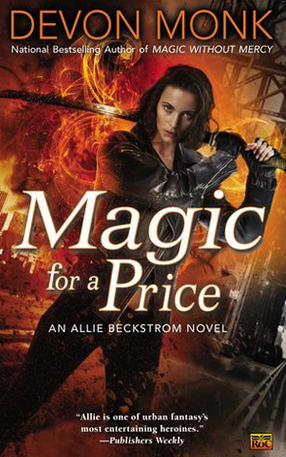 The Allie Beckstrom series by Devon Monk is an Urban Fantasy series set in The Unmasqued World.
Advertisement: