Literature / A Bad Case of Stripes 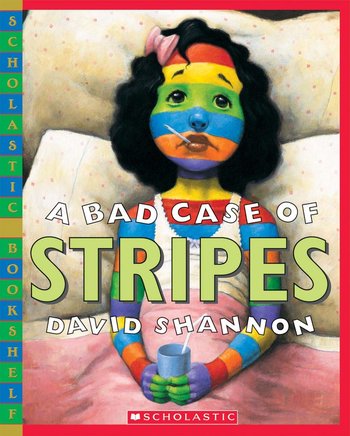 A Bad Case of Stripes is a children's book written by David Shannon.
Advertisement:

It centres around a young girl named Camilla Cream, who likes lima beans but is afraid to admit it. One day, she wakes up with stripes all over, which change into a different pattern every time something is suggested.

Doctors, scientists, and all sorts of people try to cure Camilla, but none of the attempts work, until it's revealed that the cure is... eating lima beans.

A Bad Case of Stripes provides examples of