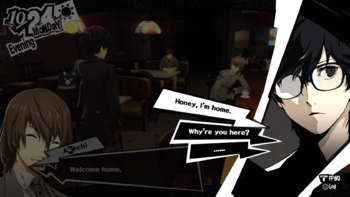 "You're back awfully late."

open/close all folders
The Guys
The Girls