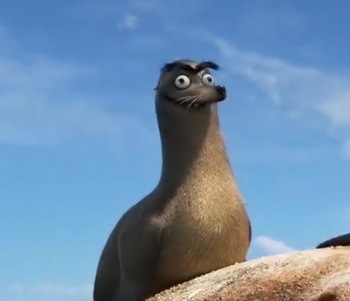 Finding Dory can actually be considered funnier than the first Finding, as it's considered by many to be much more lighthearted than the original and has Dory as the protagonist this time.