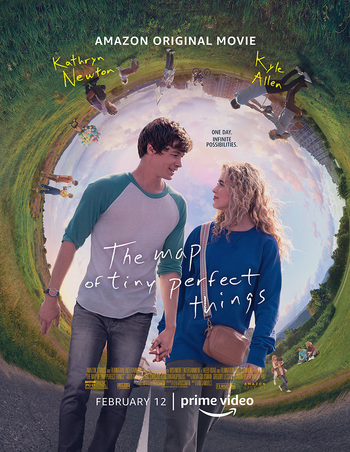 The Map Of Tiny Perfect Things is a 2021 science fiction romantic comedy-drama that premiered on Amazon Prime. It stars Kathryn Newton and Kyle Allen, and it is based on the novella of the same name by Lev Grossman.

The film follows Mark, a teenager contentedly living the same day in an endless loop who gets his world turned upside-down when he meets Margaret, a girl who's also stuck in the time warp. What follows is a love story with a fantastical twist, as the two struggle to figure out how and whether to escape their never ending day.