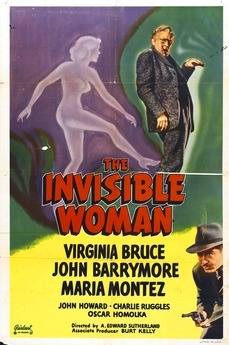 This Universal film, released in 1940, featured the first female Invisible Streaker in motion pictures, and the first one to be Played for Laughs, in defiance of the anti-nudity clause in the Hays Code.

Not to be confused with the Invisible Woman of Marvel Comics.