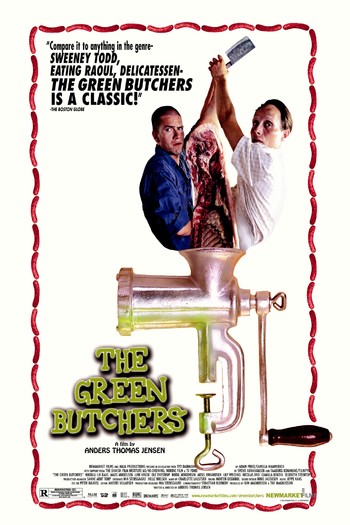 Two butchers, Bjarne (Kaas) and Svend (Mikkelsen), have been toiling for years under their arrogant Mean Boss, Holger (Ole Thestrup), whose famous deer sausage is a beloved dish in the local town. Finally getting fed up with Holger's bullying and boorish manners, Bjarne and Svend decide that they want start their own butcher shop, believing that they can do a better job than him.

In a bid to finance the shop, Bjarne starts the process to get his brain dead twin brother, Egil (also played by Kaas), his only living relative, taken off life support, so he can get his hands on the money he inherited from their dead parents. During this he runs into Astrid (Kruse), a local girl he develops a bit of a crush on.

As they open up their shop, Bjarne and Svend are faced with low costumer turn-up and slow business. While closing up shop, Svend, in a moment of absent-mindedness, manages to accidentally lock up an electrician in the walk-in freezer. Discovering his fatal mistake when he stumbles upon the unfortunate electrician's body, Svend is on the cusp of panic, but before he can do anything about it, Holger walks into the shop to mock him and Bjarne over their lack of costumers. And when Holger decides to top it off by extremely patronizingly placing an order on meat for a dinner he is planning for the local elite from the shop, Svend decides to play a cruel prank on him and serves him the electrician's leg, claiming it to be chicken meat marinated in his special sauce.

The meat, however, is a hit with Holger's dinner guests, and due to word of mouth, Bjarne and Svend's shop becomes an overnight success. Bjarne is initially horrified by this situation, calling it out on how Sick and Wrong it all is, but when Svend argues that they need to dispose of body and they might as well try to satisfy their new costumers in the process, Bjarne gives in and agrees to sell the rest of the body. Things become progressively darker from there, and no less complicated when it turns out that Bjarne's twin wasn't so brain dead as he appeared...