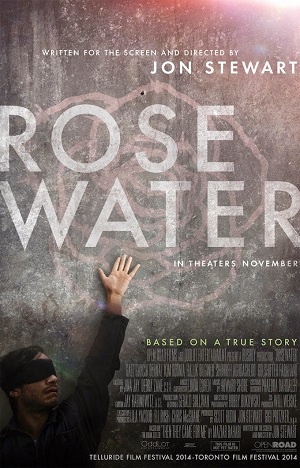 Rosewater is a 2014 drama notable for being the first film written and directed by Jon Stewart (of The Daily Show with Jon Stewart fame).

It tells the true story of Maziar Bahari (Gael García Bernal) a journalist who travels to Iran on assignment from Newsweek to cover the 2009 elections. After covering the riots that followed, Bahari was arrested, detained, and tortured in an Iranian prison for over 100 days under the suspicion of being a Western spy.