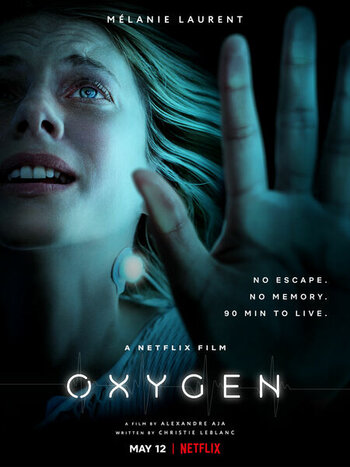 A woman wakes up in a pod hooked up to various medical devices. With no memory and with only the help of the pod's AI system, she has approximately 100 minutes to solve her rapidly decreasing oxygen levels before she asphyxiates.