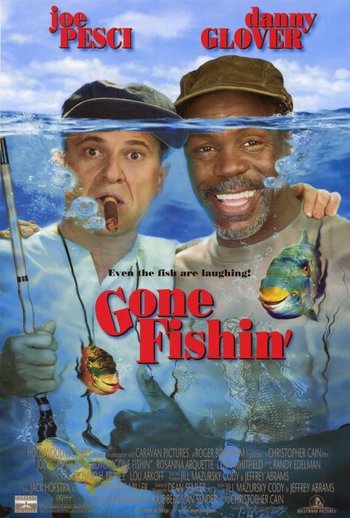 A 1997 comedy film directed by Christopher Cain, written by Jill Mazursky-Cody and Jeffrey Abrams (better known now as J. J. Abrams), and starring Joe Pesci and Danny Glover in their only pairing outside of the Lethal Weapon franchise.

Joe Waters (Pesci) and Gus Green (Glover) are lifelong friends and fishing enthusiasts. They go on their annual fishing trip together, and whatever can go wrong does go wrong. They soon wind up crossing swords with a dangerous con-man and killer after he steals Joe's prized vintage Barracuda, and they pursue him, leaving comic chaos and destruction in their wake.

The film did poorly in theaters, making nearly $20 million on a $53 million budget. The film fared even worse with critics, but has gotten a second life on video.