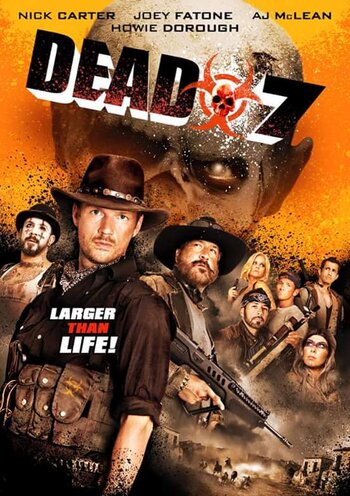 Dead 7 is a Made-for-TV Movie produced by The Asylum that premiered on SyFy on April 1st, 2016. It quickly gained notoriety for being written by Nick Carter of the Backstreet Boys, and starring him alongside other 90's Boy Band alumni, such as his bandmates AJ McLean and Howie Dorough, as well as N Sync's Joey Fatone and Chris Kirkpatrick and 98 Degrees' Jeff Timmons, among other names such as Debra Wilson and Jon Secada.