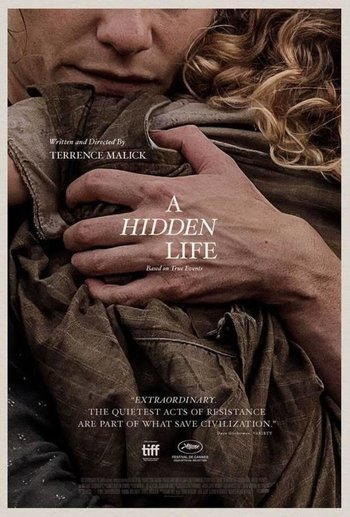 "I can't do what I believe is wrong."
Advertisement:

A Hidden Life is a 2019 German-American historical drama film written and directed by Terrence Malick. It stars August Diehl, Valerie Pachner, Jürgen Prochnow and Matthias Schoenaerts. Filming was completed in 2016, and the picture marks the last performances of both late actors Michael Nyqvist and Bruno Ganz to be released.

(Diehl) is imprisoned after refusing to fight. His unwavering faith and his love for his wife Fani and children keep his spirit alive.

It premiered at the Cannes Film Festival in May 2019 and was theatrically released on December 13, 2019 in Europe.

A Hidden Life provides examples of the following tropes: