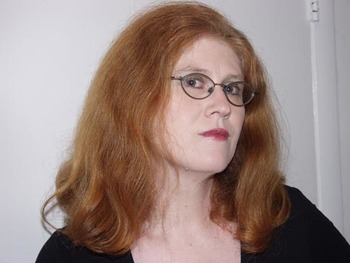 Nancy A. Collins (b 1959) is an American author of horror fiction and comic books. She is best known for her Sonja Blue series of vampire novels, starting with the Bram Stoker Award-winning Sunglasses After Dark, and for her association with the Church of the Subgenius, where she is known as "Nanzi Regalia".

In the world of comics, she is best known for her work on Swamp Thing and Vampirella.