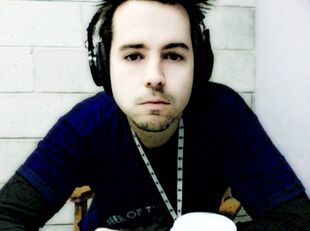 Lyon Smith is a Canadian voice actor who's been in plenty of Canadian animated series, as well as Japanese anime series that have been dubbed in Canada.

Usually typecast as young, impulsive, and confident boys due to his distinctive voice, Lyon Smith is best known for voicing protagonist Corey Riffin on Fresh TV's cult series Grojband. However, he has also appeared among the main voice cast in lesser-known cartoons such as Get Ed, Looped, D.N. Ace, and the 2015 Inspector Gadget reboot.

He's prominent in Toronto-dubbed anime as well (in roles that are usually similar to his ones in Canadian animation), where he is most well known for voicing the villainous Masquerade on Bakugan and Blue Saphir of the Black Moon Clan in the DiC dub of Sailor Moon.