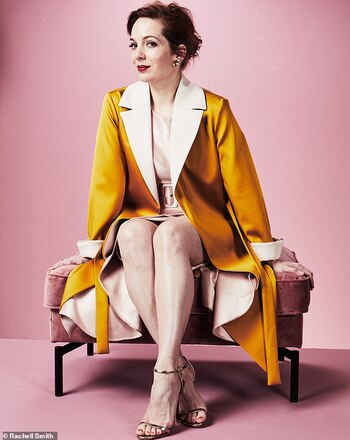 Katherine Jane Parkinson (born 9 March 1978) is an English actress and writer. She is well-known for tandem roles in the Brit coms Doc Martin and The IT Crowd, the latter of which could be considered her Star-Making Role. In 2019, Parkinson made her debut as a dramatist with her play Sitting being produced at the Edinburgh Fringe. In 2020, she was a contestant on the tenth series of Taskmaster. In 2021, she adapted the play for BBC Four.
Advertisement:

Parkinson is married to actor Harry Peacock and the couple have two children together.