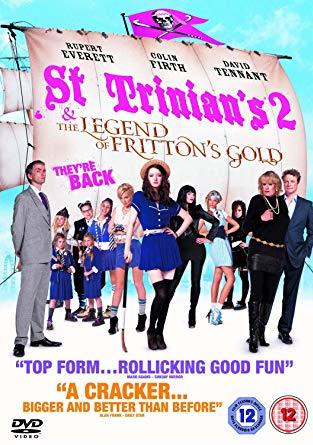 Another schoolyear starts at St. Trinian's. This time around, the girls come across a clue to the fabled treasure of one Captain Fritton, the pirate ancestor of the school's headmistress, when a mysterious individual tries to buy it off from them. Turns out that this individual is Sir Piers Pomfrey, a well known philanthropist in British politics, who is also a member of secret misogynist organization called AD1. The girl must then try to outwit him to be the ones to claim the treasure.